Cassidy is a drama student (which doesn’t mean she’s a sobbing and whining mess prompt to overreact (… okay, she sometimes/often is, but that’s not the point), nor that she actually acts), dedicating her Master to the work of Federico García Lorca. She’ll probably complain a lot about it and about her exam-sessions-to-come, and about everything involving Spanish language.

She will speak in French (with broken-English sentences randomly added) about her daily life and her current obsessions, mostly involving Pokémon (games or anime), Sherlock (Holmes) and Umineko no Naku Koro Ni / When They Cry (especially Pokémon, she’s become quite the mono-fandomic type). She will rant about the anime seasons, and cry in front of pieces of work by Minori, KEY or Makoto Shinkai. Soft spot for angst, drama, angst, hurt/comfort and angst. Captivity may be her hugest fictional weakness. She understands and is perfectly fine reading Spanish, English, but she will hurt your sensibility if she expresses herself she prefers not to show her skill.
Sometimes, she will actually write something AND publish it (but too late, hurting deadlines in the process). There will be snow, time considerations, sequestration or claustrophobic dizziness, rain, wind, water and/or fire. Don’t ask.

Is often seen with

She (usually) isn't the one who adds people - because, yeah, she's kind of a I-am-a-bother-sorry-sorry poor shy creature - but will probably friend you back if she’s already spoken with you in a community or somewhere else. If you're a French friend of friend (of friend), chances are probably that she's already lurking or stalking you anyway.


So now, be gentle LJ: stop asking me to update my bio. Thank you.

See you again~ Have a nice day! =D 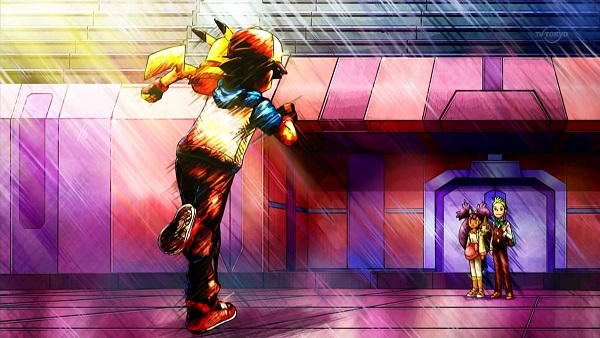